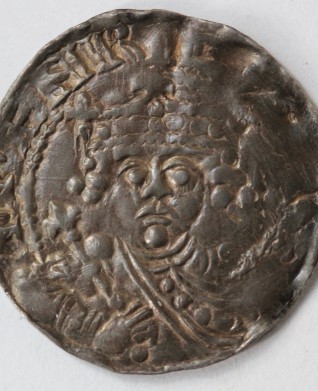 Why are they famous?
Henry was famous for being the most able of William the Conqueror’s sons and an efficient ruler of England.
DID YOU KNOW?
Henry I formed the first English zoo - in the Tower of London.

Henry, the youngest of William the Conqueror’s sons, was born in England. He was well-educated and probably destined for a career in the Church. When his elder brother King William II was killed in 1100, Henry crowned himself as King, taking advantage of his brother and chief rival Robert's absence on crusade. With a number of barons supporting Robert, Henry moved quickly to buy support and consolidate his power. He issued the Charter of Liberties, upholding the rights of Englishmen, and retracted William II’s unpopular taxes. In November 1100, he married Edith, sister of the King of Scotland, in order to secure his northern border.

Henry made vigorous efforts to reconcile the English and Normans. Despite his frequent absences from England, Henry strengthened the crown's executive powers and modernised royal administration in a way that allowed it to operate without him. He also aimed to end the conflict between secular and ecclesiastical authority.

When Robert invaded England in 1101, Henry agreed an amicable settlement, giving Robert territories in Normandy. However, Robert’s chaotic reign prompted Henry to invade. By 1106 Henry had conquered Normandy and imprisoned Robert until his death in 1134.

In Normandy, Henry had to defend the duchy against Robert's son, William Clito who had support from Norman barons who resented Henry's officials. By 1120, Henry's only legitimate son and heir, William, had married the daughter of the powerful Count of Anjou and Louis VI of France agreed terms for peace after defeat in battle.

In November 1120, Henry's son William died in a shipwreck. A distraught Henry summoned his only other legitimate child Matilda back to England and made his barons recognise her as heir. On Henry's death in December 1135, there was a succession crisis which eventually led to civil war.