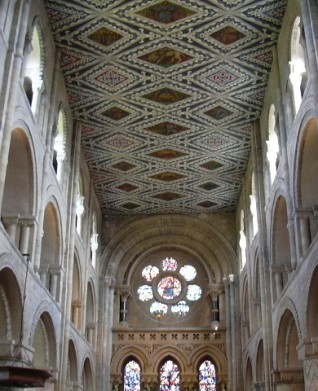 Why is it important?
The most important Augustinian House in medieval England.
Did you know
The Abbey was refounded in 1177 as an Augustinian priory by Henry II as part of his penitence for the murder of Thomas Becket

Waltham Abbey was founded by King Harold in the late 1050s.  Following his defeat and death at Hastings Harold’s body was buried at Waltham.  Later the abbey church was considerably enlarged by Henry II in atonement for his part in the murder of Archbishop Thomas Becket.  Much of this Norman church survives today.