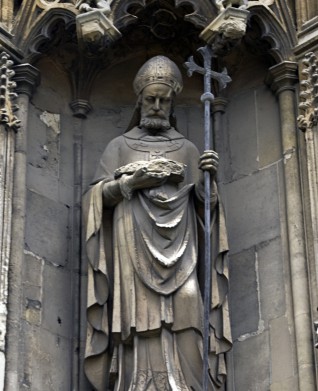 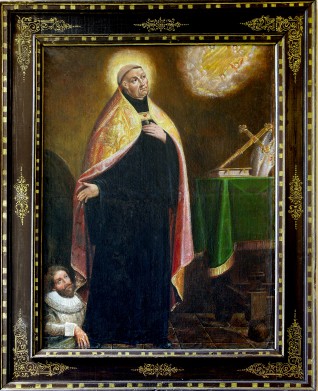 Why are they famous?
Lanfranc imposes the pre-eminence of Canterbury over York and over the entire Church of England and also plays the role of "prime minister" of William the Conqueror.
DID YOU KNOW?
Lanfranc of Pavia was not a Norman, but a monk from Italy like his successor in Caen and Canterbury, Anselme, native of Aosta.

Originating from the province of Pavia, Lanfranc undergoes training and takes up a career as a legal expert at Bologna.  He goes to Normandy in 1035 and teaches at the episcopal school of Avranches.  In 1042, he withdraws to the Abbey of Bec, which he transforms into an important theological centre, where he becomes prior then schoolmaster.  Despite his opposition to the marriage of Duke William and Mathilda of Flanders, he earns the friendship of the Duke of Normandy and pleads his cause at Rome.  In 1063, he is named first Abbot of Saint-Etienne in Caen.  After the conquest of England, he first refuses the archdiocese of Rouen, before accepting the seat in Canterbury left vacant by the removal of Stigand.  Charged by William the Conqueror with the construction of the abbey in Saint-Étienne, an edifice symbolising the power of the ducal family and the reconstruction of Canterbury cathedral, in Caen stone, Lanfranc will also play a significant role in the assertion of the authority of the office of the Archbishop over the Church of England.  He also represents the King in his absence on the island.
His action serves the desire to consolidate the principles of ecclesiastical reform, already in force on the continent.  His intellectual oeuvre reflects a variety of subjects: controversy against heretical positions, pure theology, treaties on canonical law and the interpretation of monastic rule.