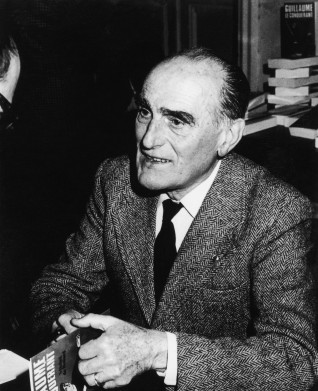 Historian and Archaeologist.
In 1940, Michel de Boüard is appointed Professor of Normandy History at the University of Caen.  Shortly after his return from deportation to Mauthausen he is required by Georges-Henri Rivière in 1946 to set up the Museum of Normandy under the auspices of the Château de Caen. In 1955 after being appointed Doyen of the Faculty of Literature at the University, he forms the Centre of Medieval Archaeological Research and undertakes from the following year to excavate the Château de Caen.  He thereby becomes the leader in mediaeval archaeology in France and then applies stratigraphic techniques to the excavations of the Château, until then reserved for ancient excavations.  The excavations of the Château carried out between 1656 and 1966 becomes a veritable research laboratory where numerous French and other archaeologists had the opportunity to train.  Within the difficult framework of reconstructing the town he managed to obtain the necessary backing to carry out his research. He will go through the remains of the keep which had progressively disappeared since the French revolution, firstly under the ground-breaking efforts of the revolutionaries, then under the explosives of the military stationed at the château.  Michel de Boüard also dug out the ‘salle de l'Echiquier’ (Exchequer’s chamber), without being able to actually prove that the chamber originally had two floors because the ground had been badly disturbed by successive occupations.  Excavations also brought to light the remains of the duke's palace, built by William during the second half of the XI century which constitutes the only contemporary remains of the construction of the Château in the second half of the XI century.  For the excavations of the Château and also for the whole of his research, Michel de Boüard received the Grand Prix National d'Archéologie (Grand National Prize in Archaeology) in 1979.
Recently the City of Caen re-named l'Esplanade de la Paix, between the Château and the University, Esplanade de la Paix – Michel de Boüard.