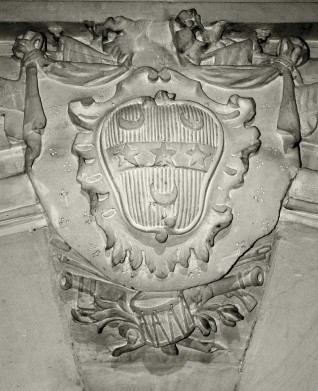 From a family of solicitors from Vindefontaine, ennobled through payment, Robert-Jean-Antoine de Franquetot very soon became colonel of the Royal-Foreign regiment and Count of Coigny.  He obtains the office of governor on 15 January 1680, then high steward of Caen fourteen days later.  The same year, he signed an agreement with Pierre Cotard, the King’s architect, for the restoration of the King’s residence (‘Logis du roi’) and the construction of a new façade.  The works were completed in 1682.