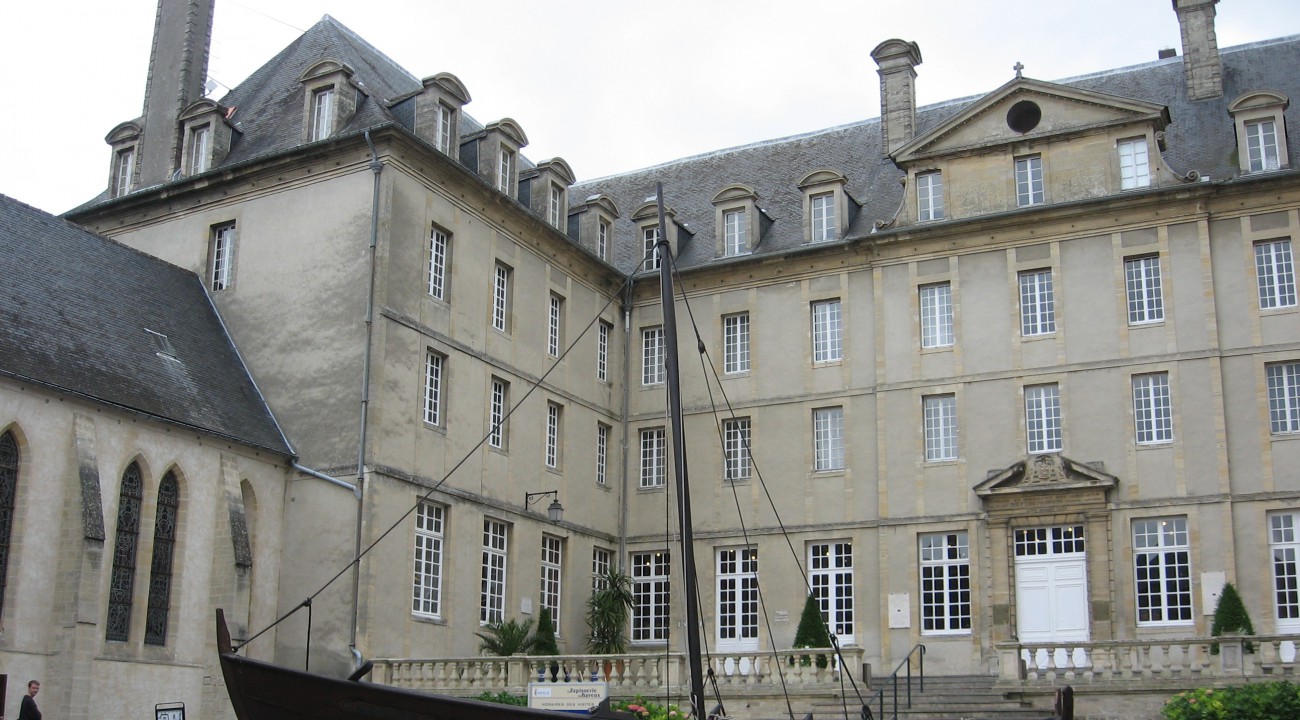 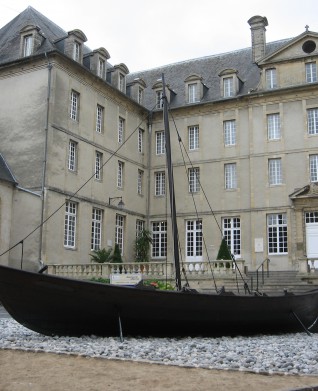 WHY IS IT IMPORTANT
The Bayeux Tapestry offers a unique account in images of the the most important event in the history of Normandy and England. It is on UNESCO's "Memory of the World" Heritage List.
DID YOU KNOW?
A complete reproduction of the Bayeux Tapestry has been made under the direction of English scholars, experts on XIXth century. It is exhibited in Reading Museum (Berkshire): http://www.bayeuxtapestry.org.uk/

The most celebrated monument of Norman history is neither a château, nor a church, but a length of linen 68.80 metres long by 50 centimetres high, bearing an embroidered decor in coloured woollen threads.  Formerly displayed in the cathedral, the Tapestry became a public collection after the French revolution and is preserved in the Bayeux Tapestry Museum.

The embroidery narrates in detail the stages of the conquest of England by William the Conqueror, from the last months of the life of Edward the Confessor, up to the end of the Battle of Hastings.  The account concentrates on the role of Harold Godwinson and draws attention to the oath of allegiance of Harold to William. When Harold takes the crown of England in 1066, William’s response is to launch the invasion, which takes form in the Battle of Hastings; as Harold’s punishment.

This religious and moral dimension perhaps justified the presence of the Tapestry in Bayeux cathedral where relics on which Harold has sworn allegiance were locked away. It is thought that the tapestry was produced before 1070 on the order of Odon, brother of William, Bishop of Bayeux, who became Count of Kent where the workshops of the Abbey of Canterbury were reputed for their textile work.  Elements of the text and setting of the Tapestry attest Anglo-Saxon influences.

Beyond the framework of the story and its motivations, the Tapestry also offers very numerous essential details on ships, châteaux, cavalrymen, arms, costumes and life styles, which make it a “documentary film” of the XIth century.  The Tapestry finally utilises specific processes of narration and has recourse to symbolism, like numerous literary or artistic creations of the Romanesque period.  It is therefore also a cultural testimony of the utmost importance.  The Tapestry is above all a monument to the Norman propaganda intended to justify the Conquest and to glorify William the Conqueror, but it preserves to this day its share of mystery and answers to several questions have never really been obtained.