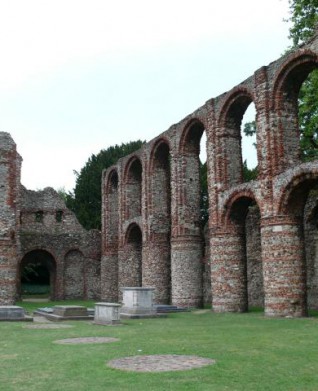 WHY IS IT IMPORTANT
First Augustinian priory in England
DID YOU KNOW?
The Priory's position just outside the town wall meant that it was destroyed by both sides during the Siege of Colchester to stop the opposing force occupying it.

Founded in about 1100, St Botolph’s Priory was the first house of Augustinian canons in England. Though badly ruined during the Siege of Colchester in 1648, it retains much of its Norman architecture including the spectacular west front with its doorways, wall arcade and the remains of what is believed to be the earliest circular window in England.