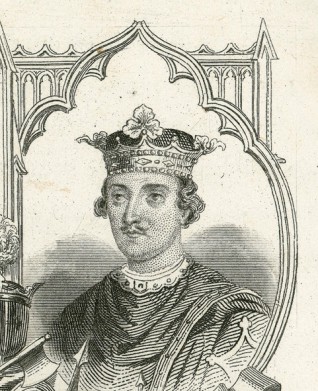 Why are they famous?
Henry is remembered as an energetic and great reformer who founded English common law.
DID YOU KNOW?
Henry married Eleanor of Aquitaine, a great heiress who was 11 years older than him. He was notoriously unfaithful to her and they eventually separated. Queen Eleanor later encouraged her sons to rebel against the King.

Henry II was the first English King for over a century to inherit the Crown without opposition. He was the son of Empress Matilda and Geoffrey of Anjou and the first of the Anjevin Kings,  who later became known as the Plantaganets. After a long  period of civil unrest, Henry was keen to restore order and royal authority.  He began reorganising the judicial system, with the help of his Chancellor Thomas Becket, and established criminal courts and prisons.  Henry also reasserted royal control over the church after Becket, who then became Archbishop of Canterbury, refused to comply and was later murdered. Despite Henry's political successes throughout his empire, including in Wales and in Ireland, he suffered greatly from quarrels at home with his own family.  His sons turned against him and each other, and Henry faced opposition from Philip II of France.