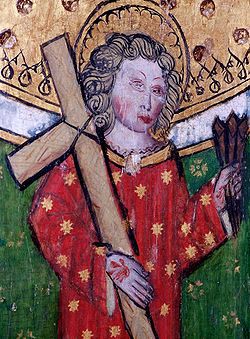 DID YOU KNOW?
The royal sheriff refused to accept the charge of ritual murder against the accused Jews, and instead gave them shelter in Norwich Castle.
Why are they famous?
This story is the first example of the "blood accusation" myth in which Jews were alleged to ritually murder Christians and use their blood to complete rites.

In 1144 William, a young Christian boy, was found dead in woods on the outskirts of Norwich. His body was claimed to show the marks of crucifixion and puncture by thorns. His family admitted that he had often come into contact with the city's Jewish population and a charge of ritual murder was levied against some of the Jews. The clergy were keen to establish a martyr's cult for Norwich, but the court refused to convict the defendants for lack of evidence.