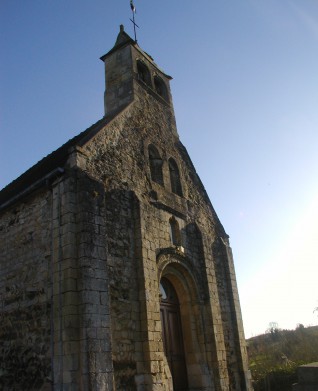 WHY IS IT IMPORTANT
Examples of architecture contemporaneous to William the Conqueror are rare and the church of Saint Laurent thus gives here a relatively widespread example in this period of a sanctuary in the countryside.

The church of Saint Laurent de Falaise, located outside the walls to the north-west of the town, provides an example of primitive Roman style as it was brought to England at the time of the Conquest. Built during the second half of the 11th century, its nave, the oldest component, has within its masonry the traditional motifs of a fishbone pattern and solid flat buttresses create a rhythmic effect.  At Falaise, one of the rare examples of architecture contemporary to William is still visible.