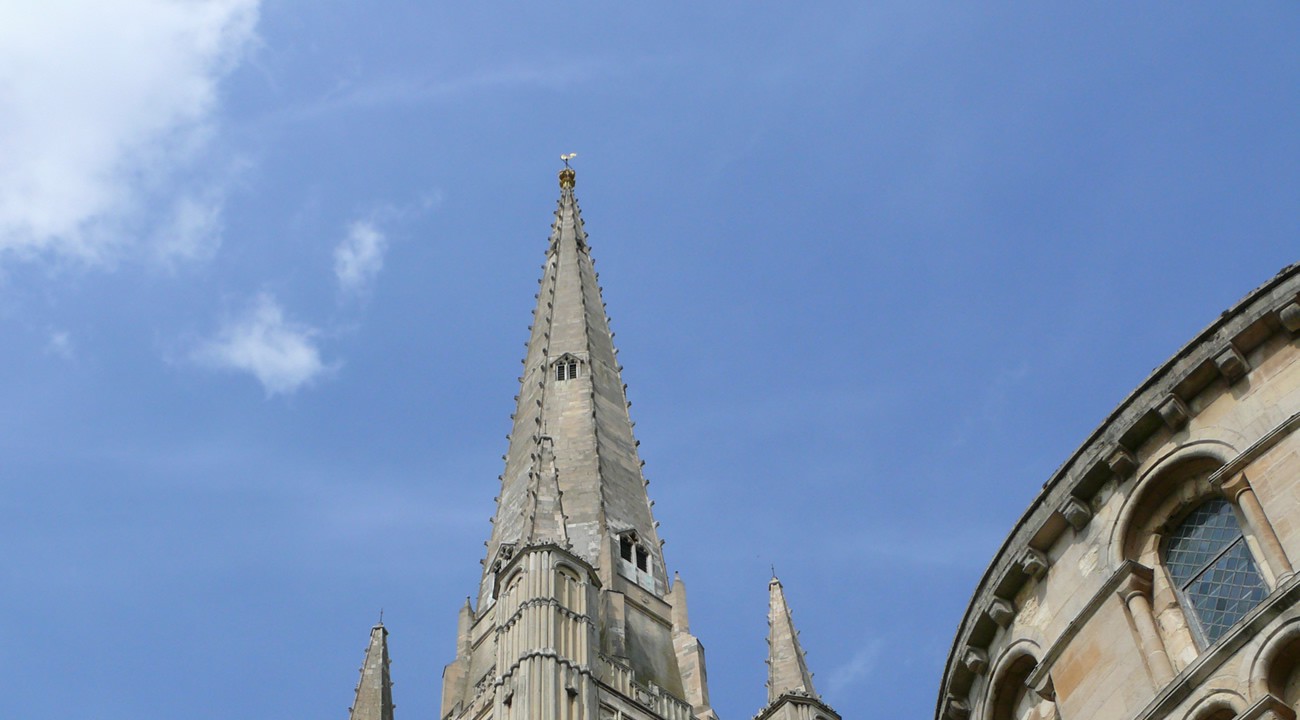 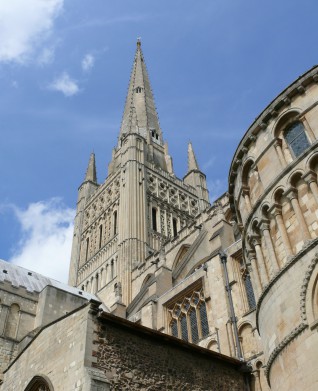 WHY IS IT IMPORTANT
Norwich Cathedral was amongst the largest major churches in Europe, famous for its Romanesque architecture as well as its fascinating history.
DID YOU KNOW?
At 96m, Norwich Cathedral has the second tallest spire in England - only the spire at Salisbury is higher. It also boasts the largest surviving cloister.

Norwich Cathedral and Benedictine Priory were founded by Bishop Herbert de Losinga, the first Bishop of Norwich, in 1096.

By 1094, Norwich had already become the urban centre of East Anglia where royal power was exercised through the impressive new castle. De Losinga moved the Bishop's seat he previously held in Thetford to Norwich, where he set to work building a new cathedral and monastery run by the prior and his monks.  In doing this the Bishop was following William the Conqueror’s practice of consolidating both secular and religious power in one place.

A significant  Anglo-Saxon settlement, including two churches, was demolished and the sloping ground terraced to make way for the 44 acre (17.8 hectares) walled enclosure. The riverside location was chosen quite deliberately, as the majority of the stone used to construct the cathedral building was imported from Normandy, France. Caen stone was transported via the port of Great Yarmouth and the River Wensum to a specially constructed canal, which led directly into the masons’ yard.

Construction of Norwich Cathedral had reached the area of the Nave sanctuary when de Losinga died in 1119. The Bishop was buried in a tomb before the High Altar and you can still visit his grave site today. Construction then continued under Bishop Everard de Montgomery, the second Bishop of Norwich, into the 1140s. The vast church and many of the monastic buildings, together with the bishop’s palace, were completed in just 45 years