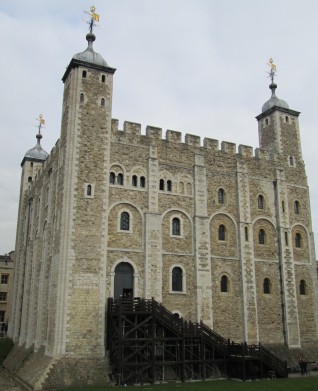 Why is it important
Over the centuries, controlling the Tower of London has been closely linked to controlling the country.
Did you know
The White Tower derives its names from the whitewashing it received in the 13th century.

The history of the Tower of London, one of the best-known castles in the world, begins with William the Conqueror.

After William had invaded and defeated the English at the Battle of Hastings, he realised that he needed to secure England’s most powerful city – London. Following his coronation in Westminster Abbey on Christmas Day 1066, the new king withdrew to Essex until several strongholds were prepared in London. Archaeological evidence suggests that one of these strongholds utilised the old Roman city wall, on the site of the future Tower of London. These early defences were replaced with a great stone tower - the White Tower - symbolising the powerful new Norman monarch.

Building work of the White Tower began in the 1070s under Gundulf, the new Bishop of Rochester. Norman masons and English labourers were employed, and some of the building stone was specially imported from Caen in Normandy. According to the Anglo-Saxon Chronicle of 1097, "many shires whose labour was due to London were hard pressed because of the wall that they built around the Tower".

The White Tower was completed around 1100 under Henry I, and was like nothing previously seen in England. Built to protect and control London, the mighty tower dominated the skyline for miles, measuring 36m by 32.5m across and up to 27.5m tall. The castle enclosure was protected by ditches, Roman walls on two sides and an earthwork topped by a wooden palisade. In 1097, William replaced the palisade with stone walls.

The White Tower’s primary function was as a fortress-stronghold, a role that remained unchanged up to the late 19th century. The tower took more than 20 years to build, but was never intended as the main royal residence. William Rufus, who succeeded his father William the Conqueror, was said to be more interested in building Westminster Hall whose rooms were much more opulent. Nevertheless, many later kings and queens resided at the Tower of London and today it is home to the famous Crown Jewels. St John's Chapel inside the White Tower is the oldest surviving Norman church in London.