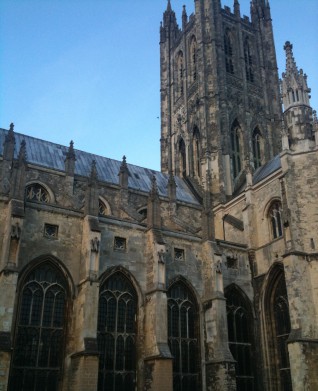 DID YOU KNOW?
Founded by St Augustine in 597AD

St Augustine arrived in the UK in 597AD and established his seat or 'Cathedra' in Canterbury. In 1170 Thomas Becket was murdered and ever since the cathedral has attracted thousands of pilgrims, as told famously in Geoffrey Chaucer's Canterbury Tales.

St Augustine's church was rebuilt in 1070 after a fire by the Normans. By 1077 Archbishop Lanfranc had rebuilt it as a Norman cathedral and described it as "nearly perfect." Today the Cathedal is the Mother church of the Anglican communion and seat of the Archbishop of Canterbury.