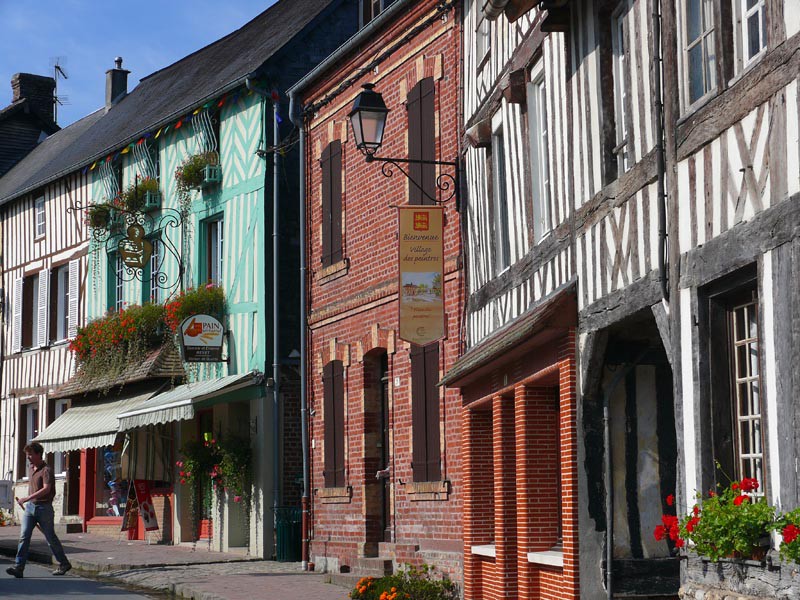 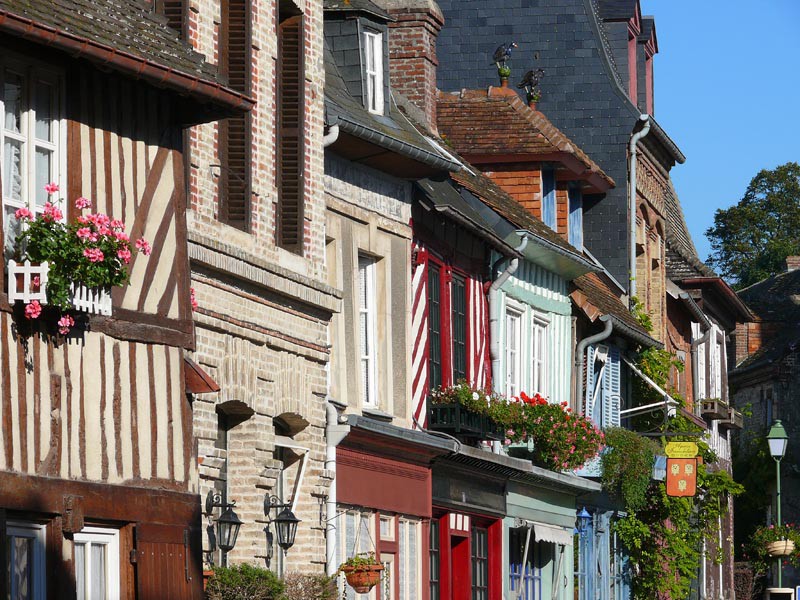 Spring 1027: Robert met Arlette near a fountain. It was love at first sight. William, the illegitimate son born from the Duke of Normandy's love for the young tanner's daughter from Falaise, grew up in this town dominated by its ducal castle and the churches of the Holy Trinity, Notre Dame de Guibray and St. Laurent.

Upon his father's death, noblemen from minor lords to powerful barons contested his legitimacy. The duchy suffered a troublesome period. It was at the age of only 19 that William waged his first battle at Val-ès-Dune, foiling a plot to assassinate him and firmly asserting his right to his title. His victory was decisive. The indisputable Duke could now set to governing Normandy.

He developed the town of Caen where he had a vast castle erected. He also built two abbeys to obtain the Pope's pardon for having wed Matilda of Flanders, his fifth cousin. The region prospered under his rule. Parishes were reorganised; new quarters emerged. St Nicolas in Caen, Thaon, Ouistreham, Vieux Pont en Auge, Ryes, St Pierre sur Dives all bear witness to this golden age.

In 1066, after defeating the English troops at Hastings, William was crowned King of England. The famous tapestry that relates this epic adventure was originally displayed in Bayeux Cathedral, where his half-brother, Odo, was bishop.

The sites of the ‘Epic Adventure’ are:

The ‘Ladies’ Abbey in Caen
A consecration that was to seal William the Conqueror's alliance with the Church.

The Men’s Abbey in Caen
‘Here lies the invincible William the Conqueror, Duke of Normandy and King of England, founder of this edifice, deceased in 1087’, (Latin inscription on the present-day funeral stone)

The Bayeux Tapestry
‘1066: when the Normans landed in England...’

Arlette’s Fountain in Falaise
The birth of a myth…

Ryes, the ‘Sente au Bâtard’ or William the Bastard’s Pathway
A decisive refuge at a time of conspiracy and rebellion - 1945

Vimont, site of the Battle of Val ès Dunes
William and King Henry I of France's victory against the enemy from within

Varaville
William's cunning against Henry I, King of France

Church of Saint Laurent in Falaise
One of William's contemporary churches

Church of Saint Samson in Caen
The Church is one of the Ladies' Abbey's dependencies.

The Château Ganne in La Pommeraye
From history to legend