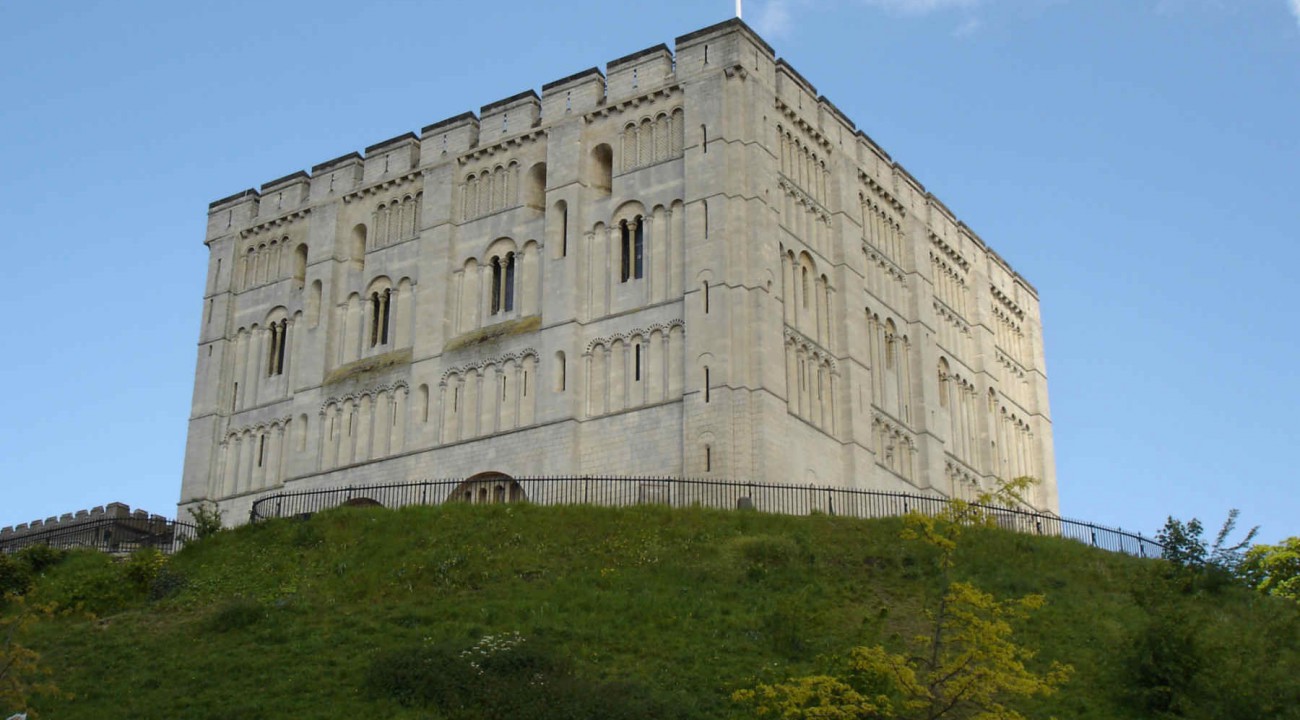 Norwich Castle was a developed and lavish structure, with complex internal divisions, which had been conceived from the start. The basement exterior was faced with dressed flint and that above with Caen stone. The internal divisions, including the complex series of multi-purpose mezzanine floors, are reflected in the façade.

Changes to the architectural plan were undertaken after work had reached first floor level, including the blocking of the north-west corner staircase to provide a fireplace for a kitchen and a possible enlargement of the chapel area.

The divisions at first floor level included a great hall, two privy chambers, a kitchen, garderobes, a great chamber, chapel and storeroom. Below this, the ground floor area, which extended up to first floor level, was for storage and included a well.

In 1834-9 the keep was re-faced in Bath stone, giving its current appearance. This was achieved with great attention to accuracy and detail (bar the omission of the lower section flint facing).

The current boarded floor, which houses museum displays, is Victorian construction. Other Victorian additions are a balustraded balcony which runs at the original first floor level, together with open arches which span the central divide.

Did you know?
Nearly a 100 Saxon houses were demolished in order to make way for the huge castle mound. Recent archaeological evidence indicates that most of these dwellings housed poor townspeople, and that a couple of churches may also have been demolished.