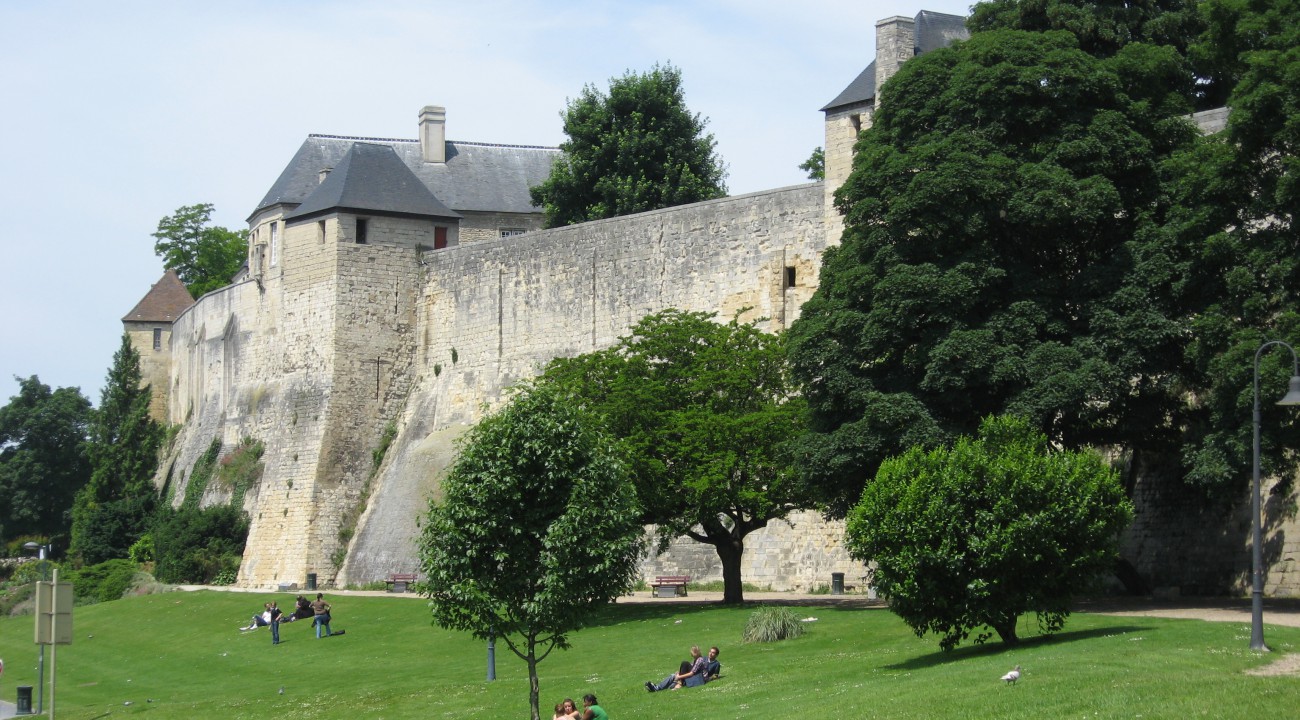 Caen Castle is one of the largest medieval enclosures in Europe. It was built of Caen stone around 1060. It stood first and foremost as a place of power, where the Dukes of Normandy and Kings of England regularly held their major assemblies. A royal fortress in the Middle Ages, an English stronghold during the Hundred Years’ War, it was later to become the barracks of a major infantry regiment. Today this cradle of Caen’s heritage is home to the Normandy Museum and the Fine Arts Museum. The Castle has kept the traces of each of the periods of its history, like a trail of clues left by the passing of time.

The wall which dominates the city was drawn as early as William’s time; the towers, which have yet to reveal all of their secrets, have existed since William’s son, Henri Beauclerc’s time, although they also have traces of the Plantagenet sovereigns in the 12th Century and of the King of France’s engineers after 1204.

You enter the Castle by St Peter’s Gate, a barbican built by the English at the end of the Hundred Years’ War to strengthen the entrance which dominated the city. This ancient medieval door with its drawbridge was transformed during the First Empire to become the door to the Lefebvre barracks.

Saint George’s Church recalls the existence of the medieval parish and is located just in front of the Governor’s Lodge, which was the symbol of power at the time. On the other side of the Castle, the Field Gate was protected by a barbican similar to that at St Peter’s Gate. One of the most spectacular views to be had is from above the large moat.

The façade of the Exchequer Hall is a unique reference to the architecture of 12th Century Anglo-Norman palaces. It was Henry the First, King of England and Duke of Normandy’s hall of honour, built dominating the relics of his father’s palace.

The huge keep, which was almost 30 metres high, disappeared after the French Revolution, but the wall and large moat, which the King of France had built to surround the keep after 1204, recalls, yet again, the tremendous power of Norman military architecture.

For a general view of this major site of medieval history, climb to the top of the northern rampart, which has been recently restored. The artillery excavation work completed during the restoration enables the visitor to view the archaeological relics, still undergoing work today.

Robert of Caen, Count of Gloucester

John Fastolf (Falstaff)
When was it built and who by
In around 1060, for his power base in western Normandy, Duke William the Conqueror built his castle in Caen, a vast enclosure towering over the ducal town and the Orne Valley.